ow, a piece of glass
cut me. Did you
get that, did you?

Slowly with quickness
the sand engulfed
my fallen body, racing to the bottom
little-sliding pre-fragments
of glass slip into place
waiting to cover me.

Why panic?
Panicking forces it down
your throat quicker.

The sand so soft.
A warm feeling.
Finally embraced forever.
The weight doesn’t bother me.
And the darkness is pleasing.

Welcome to the hole.

In a video, a beautiful black
woman walks wondering where
to go. On her head
she wears a cocoon made
of paper maché and spit wads
waiting to crack open, free ideas,
dreams along with nightmares.
She seeks healing.

Maybe when she returns
to her hole in the sand
I’ll meet her.

Give me time to wade
through waters that embrace me.

Above is the music video that inspired the preceding poem. Enjoy the soulful sounds of Ms. Erykah Badu.

Doc’s cloudy, milky eye
stares quizingly into the direction
of the Pacific Ocean’s infinity
as if seeking some truth
normally be hidden from the naked eye
but audible to an open ear
and apparent to his milky pupil.

Rap ciphers on the Oceanside beach
and breath, ready to knock out his teeth,
create his first line.

Some call it Realness.
But some underground emcees love to repeat
El-P and Company Flow axioms,
living in vagueness.
Doc lives in outer space terminology
and defecating linguistics.

“Spit travels from my mouth
into existence in a world
where the vapor
reaches distances
that I couldn’t go.
Watch it rise,
watch it fall,
watch it exist
in Cumulo Nimbus
or not at all
when black pigmentation
covers a blank space
concealing whackness,
and showing off my nutrition.

See this is reality
where we let it hang with
spit and abnormality-language.
Ain’t it strange?
We all act deranged
for the sake of our names
in bright lights
someday.”

Purchase your $5 presale tickets Thursday, April 10th at KGB Studios. Or pay $10 at the door.

A portion of my personal sales will go to DSTL Arts, my nonprofit arts mentorship organization for at-risk youth. Come out and support independent artists in Los Angeles. 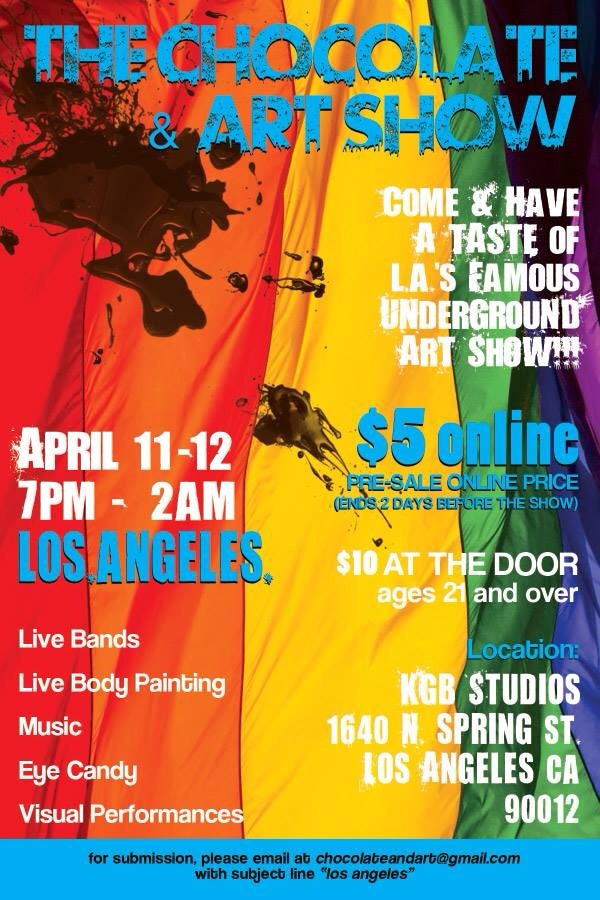 I love listening to other artists talk about how they go about creating art. In this case, we get to hear how one of the illest MCs in hip-hop, Pharoahe Monch, goes about finding inspiration for his lyrically masterful compositions.

My favorite little detail is the fact that Monch draws a sketch before getting started, and then uses the alphabet to help him find his rhymes.

As a writer and artist, my mind is just like…blown. So simple, so effective. Word.

Fact is, everyone has their own approach to writing and creating. I have a friend whose process involves crafting poetry from lines she’s saved over a course of months. She takes these bits of poetry and constructs a new stanza, allowing it to sit again for some time, and then revisiting that piece with an editor’s eye. I can’t work like that.

My process involves creating a fragment, a line, simple combination of words or strokes (in the case of drawing), and move on to what the page seems to pull out from me. It’s a subconscious thing. I create what in my eye demands to be on the page. Occasionally it’s not what I planned it to be. If I approach my writing with a preconceived notion of what I’m hoping to accomplish, the end result may be a permutation of it, but it will rarely be the original outcome I sought to express.

I’m getting better at planning and executing my ideas. It’s all in the practice. But to see how other artists, musicians, rappers, etc. go about creating is inspiring, and if anything, helps me feel like I need to elevate my game.

For those who don’t know, I’m a huge fan of Hip-Hop. I was essentially raised and mentored by my favorite rap artists when I was growing up, mostly because I, like most kids in the ’80s and ’90s, grew up in a broken home.

Those formative years between 12 and 18, when you’re still a child, not quite a man, are hard for a young non-white man. We deal with myriad things, like identity formation, ethnocentricity, racism, sexual curiosity, and frustration…

For me it was Hip-Hop, and yes, while it may be cliched to say: Hip-Hop indeed saved my life. The anxieties that most rap artists express in underground Hip-Hop are real for kids like me; kids who grow up to be men like me. And while I’ve been away from the game in recent years, the little bit I do catch here and there tends to make me sad.

I’ve asked myself a few times if Hip-Hop is, in fact, dying. There’s been controversy about that since the early 2000s. Nas even released an album called Hip-Hop is Dead, for all them young cats out there. (I wonder how many teens are even aware of Nas and his contributions to the culture.)

Not since I heard Lupe Fiasco’s track “He Say, She Say” off of his album Food and Liquor, have I heard a song about broken families that moved me. But today, I got put up on to Earl Sweatshirt and his song “Chum.” This track is on his latest album called Doris, and I gotta say, it’s a banga.

Big Ghost, one of my favorite reviewers (mostly cuz he’s funny), gave the overall album an average review of 3.5 Zeus Slaps, which is alright. It means it may be worth me messing with. But if “Chum” is any indication of talent and creative energy, then I’ve got to endorse Earl Sweatshirt.

Here’s the video for “Chum.” I’ma let y’all make your own choice, but in the meantime, I’m gonna give this kid my own Poet of Promise award.

Smiley Faze Productions is at it again!

Join Luis Antonio Pichardo of Smiley Faze Productions as he showcases some new work along with his friends, Jennifer C. Fuentes of Arte Crayón Literati, Chris Tovar-Valles of Chris Tovar-Valles Photography, Anoush Froundjian of Anoush Talks to Stuff, and FCC of FCCArt81.