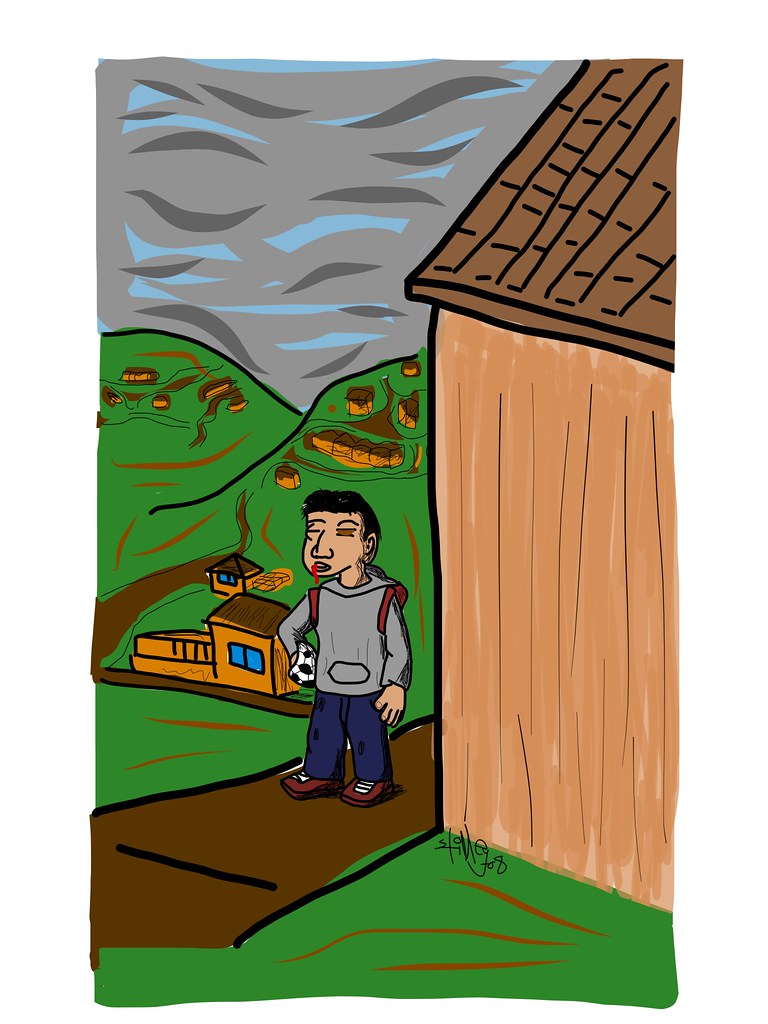 A drawing from my 2008 sketchbook, digitally colored with the Adobe Ideas app on an iPad 3. Originally, this drawing was meant to be part of a brainstorm for a short, single-issue comic about a boy who gets separated from his mom while crossing the U.S./Mexico border. The comic may still be done.